Some time ago I posted a Page of Shame of 30+ inked fountain pens. I know…. That was becoming a bit too much for daily use, even for my doing. So I did the inevitable and had my pens undergo a “fountain pen triage”. I divided them in pens to keep in my EDC (or at least at hand), pens to clean and store and pens to consider for sale. Now deciding which pen to store was hard enough, but deciding which to sell… That is still really hard. There is one pen I have decided to put up for sale some time ago, because I just do not use it enough. I’ll mention that pen later on.

Most of the pens I cleaned and stored are vintage pens, TWSBI’s and a couple of my numerous Jinhaos. I love them all, but wanted to store the vintage just to be a little more careful with them, the TWSBI’s because I already have a lot of stubs and demonstrators in action and the Jinhaos because they take up a lot of room in my EDC. For cleaning I first flush the pens under a running tap and drain the pen by flushing it with water a couple of times from a cup or glass, then a spin in the sonic cleaner (a jeweler’s cleaner, available at jewelers and drug stores) and then a final flush with clean water and putting them out on a towel to dry.

Let’s rather go over the pens I kept inked or re-inked and why. 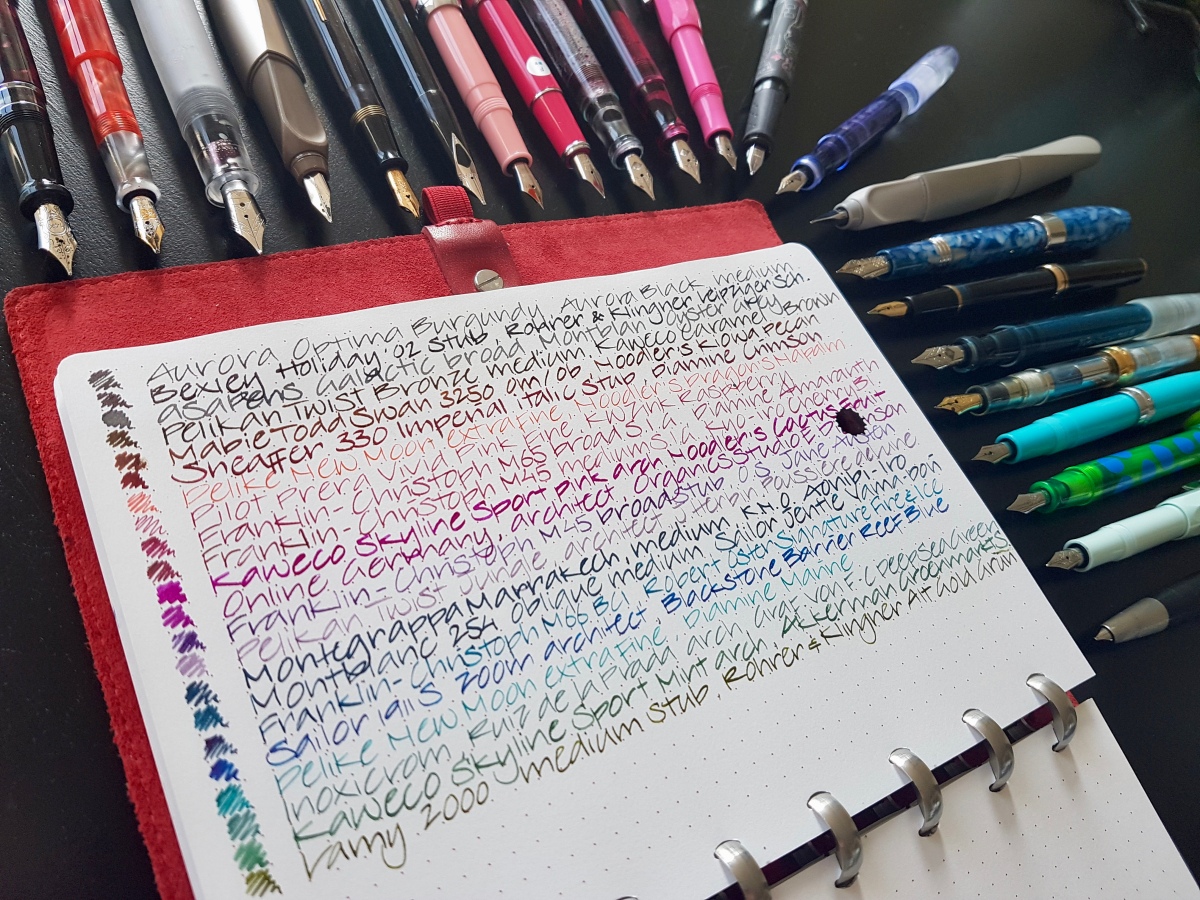 Clockwise from the left:

Now I have one more pen on its way, to be completely honest. If I write one of the above dry in the mean time, that one will be switched out for the new pen. To see which pen is currently in transit… keep an eye out on my Instagram feed.

Unfortunately I do not have one pen case to carry all 22 and still fit in my work bag, so here’s a bird’s eye view of the current pen cases. Usually I choose which to bring to work the night before.

The pen I will be putting up for sale is a Montblanc Chopin (145) from the year 2000 with an oblique double broad nib. It is a beautiful pen but I just do not use it enough to justify keeping it. If you are interested, please contact me for pictures and price.

If I will be able to continue whittling down my EDC… I will keep you posted.

Thank you as ever for reading! 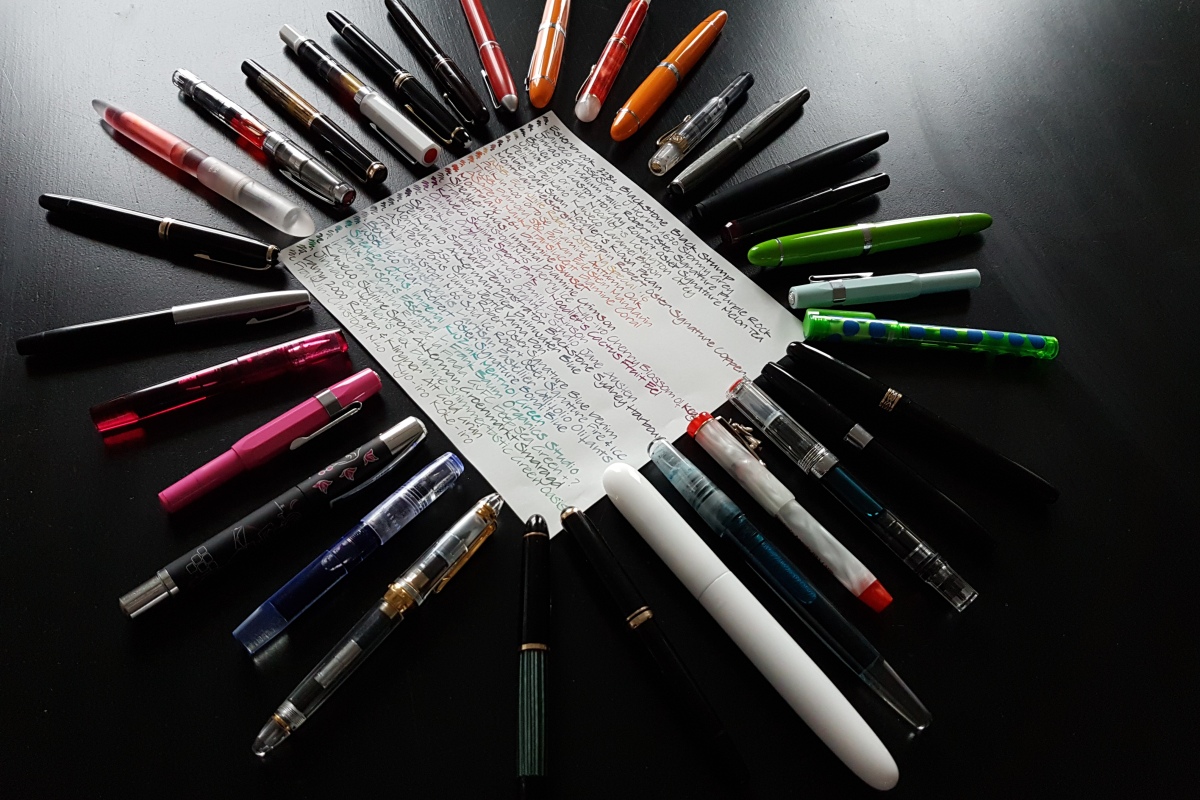 What is a Page of Shame… it is a page filled with pens currently inked. 32… yes, a sizable number. These are all pens I have in rotation at the moment, especially with InCoWriMo2017 going on. I must be honest and tell you that there are four fude pens inked, which I have not included on this page. Purely for aesthetics.

What is your number of inked pens?